This is a summary of survey that shows OOH advertising sector, article of Nurlan Urazbaev, www.blog.broadsign.com

A new study released by Screen Digest predicts that, due to the revenues resulting from the continuing migration to digital technology, the out-of-home advertising sector will be the only traditional medium with positive growth in Western Europe in the next few years.
The preamble to the report says: “‘Digital signage’ networks of connected digital screens in public spaces (airports, stations, trains, supermarkets, hotels, surgeries, etc) are generating opportunities for traditional out-of-home contractors, digital specialists, technical enablers and system integrators, display manufacturers, venue owners and advertisers.” (Source: http://www.researchandmarkets.com). 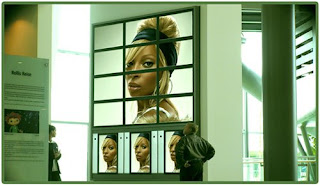 The key findings of the report include:

This study presents awareness, perception and attention paid to digital signage compared to other media.

Most adults say advertising on digital signage catches their attention - and they consider such advertising unique and entertaining, and less annoying than both traditional and online media, according to a study by OTX (Online Testing eXchange) conducted for SeeSaw Networks, reports sister site MarketingCharts.
The “Digital Out-Of-Home Media Awareness & Attitude Study" is the first to compare digital out-of-home media to other media, SeeSaw said. 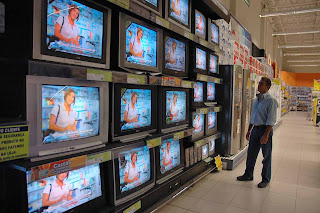 Among the findings of that study:

Awareness of digital out-of-home media is high:
Some 62 percent of adults have seen digital signage in the past 12 months - levels similar to:

On average, people notice digital signage in six different kinds of locations during their week, giving advertisers the opportunity to intercept people at various touch points.

Some 63 percent of those who have seen digital signage say it attracted their attention, compared with

Some 44 percent of adults say they pay some or a lot of attention to digital signage advertising, placing it ahead of traditional billboards, the internet and mobile phones, and on par with magazines, radio and newspapers.

This demographic finds the advertising on digital signage to be more unique (63 percent), interesting (57 percent) and entertaining (53 percent) than advertising on other media and rates the media even higher than the general population across these measures.