Hit in France and the most commented show in the world : "BREF"

One of the most commented series in the world, transmedia French comedy "Bref"  is a great hit in France and abroad.  During this MIPTV, The Wit classified it among  the first 3 most popular shows in a world. In France it's a real success story, an event that never happened before.

Only after 3 weeks of broadcasting on Canal+, Pay TV Channel, and on the social media,  it had already 600 000 fans on Facebook. ­ Today, there are about 2,5 mln fans.

The pitch of this show is what life is all about : first we were born, in the end we die. Between the two, things happen. Bref, it's the story of a guy in between the two.

It's a short comedy - each episode lasts about  2 minutes- that shows real life of a normal guy in his thirties.  Boasting a great sense of humor, funny actions,  a swift narration mainly via voice over and post-production effects that "cut" the plot make it a hit. 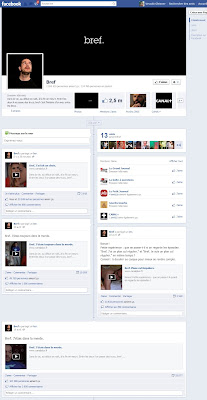 Two authors: Kyan Khojandi and  Bruno Muschio didn't predict that they would create an outbreaking  event. Thay  just came up with a good idea.   Canal+, which invested  in the original series, gave them a chance and they put all their hearts into it. Harry Tordjman from My Box Productions,  produced it.

It's a quality series. 6 days are needed to produce 1 episode: 2 days for writing the screenplay, 1 day for the shooting - approximately 4 hours of shooting for 2 minutes- and 3 to 4 days of post-production, ie coding, special effects, VO, calibrating, etc.

Of course guest stars appeared in "Bref", but in an original way: almost 20 of them are combined in one episode "Bref, there are people who get on my nerves” and the main character talks to them without knowing that they are famous.

The first episodes were broadcast in September 2011 on Canal+ and almost simultaneously on Facebook and Twitter. The authors negotiated with Canal+ that every episode could be accessible freely on website for a long period of time, not only for 7 days, as it's a common habit in France (after it's a VOD).

Moreover, on April 30 2012, Canal+ included "Bref" in its widgets on IPhone  Canalplus and on IPad CanalTouch. 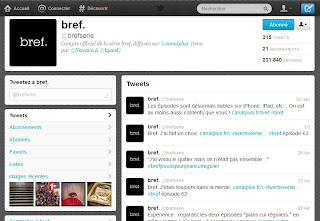 The account on social media is managed directly by the authors, not by Canal+. Page Twitter @brefserie is hold by @navavo and @kyank.
Kyan Khojandi and  Bruno Muschio are young, "connected" authors from generation Y, who surf on internet, watch videos on Youtube, zap them rapidly. They created this comedy for a TV  channel, but in a way that it is perfectly fitting for the  web.

Well, I'm definitively a fan, what about you? 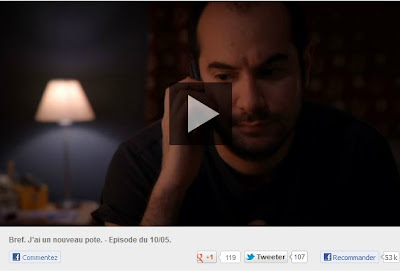 The best TV series in Poland, "a mix of Mother Theresa and Spiderman" 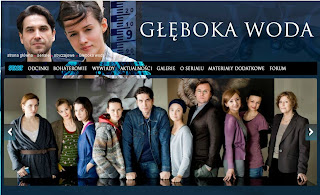 As I'm proud of my roots, I'd like to present a particularly interesting Polish TV series ”Into Deep Water”,  awarded with the Gold Plaques in the Festival "The Hugo TV Awards" in Chicago, nominated in Monte-Carlo TV Festival, and coproduced by Polish public television: TVP.

This format was presented by TVP during MIPTV in Cannes.

"Into Deep Water” directed by Magdalena Lazarkiewicz, is a story of enthusiastic and idealist social workers that face the toughest social problems of our society.

The central character is Wiktor Okulicki (Marcin Dorociński), a freshly nominated director of the center. He is a man with a  complicated past,  that uses sometimes non - conventional methods in his work.
A man of action, not of words.

Each episode focuses on a different social problem and on characters struggling for help.

There are 13 episodes of  45 minutes each that were broadcast on channel 2 of TVP. 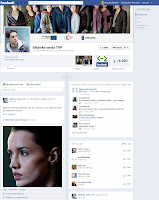 Moreover, it's a crossplatform project, that has its web site and Facebook page.

”Into Deep Water” created a lot of buzz in Poland and abroad. Thanks to this show, many discussions revolving social issues started to rise and possible solutions that the society could offer arose.

The role of social worker  seen as "a mix of Mother Theresa and Spiderman" came to the fore. 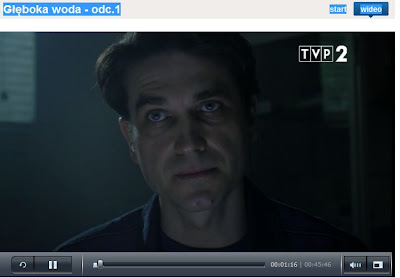 
Digital signage like posters,  interactive posters and tv channels in transport have become an  integrated part of our lives.

Mini TV channels placed especially in metros, buses are very helpful to kill time when going to work, to keep inform about news, cultural events, cinema, and entertain us when we going back home after a long day’s work. It's also an efficient means of advertising.
I get used to watching them when I'm travelling abroad. In Warsaw, Poland, I watch news in buses and in undergrounds. In Barcelona, Spain, screens welcome me in the bus  I take from the airport to the city center. So I have quick outlook at what's going on while I'm staying there.
Moreover, In Barcelona there are also screens in the underground stations, between railways and in trains.  JCDecaux launched MouTV in Barcelona and signed a partnership withTransportes Metropolitanos de Barcelona (TMB). Today the network has 19 inch screens inside 48 buses, large format projection screens on the platforms of 31 underground stations and 126 screens of 32 and 42 inches on platforms at other stations.
To learn more, click here.

In Paris, France,  digital signage is not as developed as in other European cities.  Only a few months ago Samsung screens with ads started to appear in the underground.  There are no tv channels in trains, nor in buses. I wonder why is France an exception.

However, many efforts are made in airports where there is true high-tech strategy. For example there is a Samsung media space where we can relax, listen to the music, watch videos, connect our smartphones  to seats fitted with loudspeakers . Or even tables that can be used as a batteries and where we can recharge our smartphones.  And in "Digital Corner" we have access to interactive, touchscreen table where we can play games while waiting for our plane .
Publié par Digital Strategist International Transmedia Coordinator à 23:30